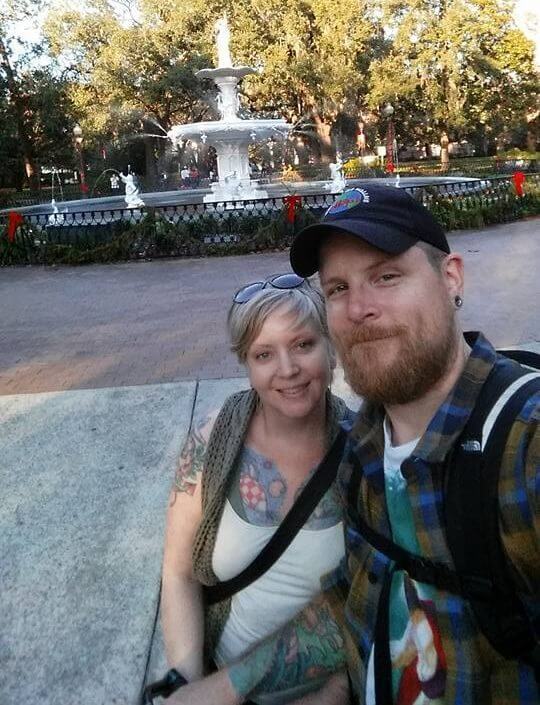 Wes's career in upholstering began in 1999, a few years after he arrived in Phoenix, AZ from Havre de Grace, MD.

Frank Sr, in turn, had learned the art of upholstery from his mother (who took it up from her own mother during the Great Depression in order to help make ends meet).

After years in the Sonoran Desert of Phoenix, Jes and Wes decided to make the move to Knoxville, TN over a decade ago.

For that decade, Jes and Wes have made it their pursuit to embrace and love the natural beauty of the region while practicing their well-honed skills for its diverse citizenry.

While they still rely on the age-old skills of sewing and cutting as a business, the trade has become a passion as well as a career.

Ready to see how great your furniture will look?

We love to chat with folks about their design visions. We're also more than happy to provide some design ideas too (at your request, of course!).

Crown Upholstery was created to bring an updated approach to furniture upholstery. We combine a love of furniture, fabrics, and design to provide you with the best possibilities for restoring, reinventing, or just recovering your favorite pieces of furniture. We can do anything from cushion repairs and custom pillows to full furniture collections. We pride ourselves on being able to take something you have and turn it into something that you love.

Want to learn even more about Crown Upholstery?